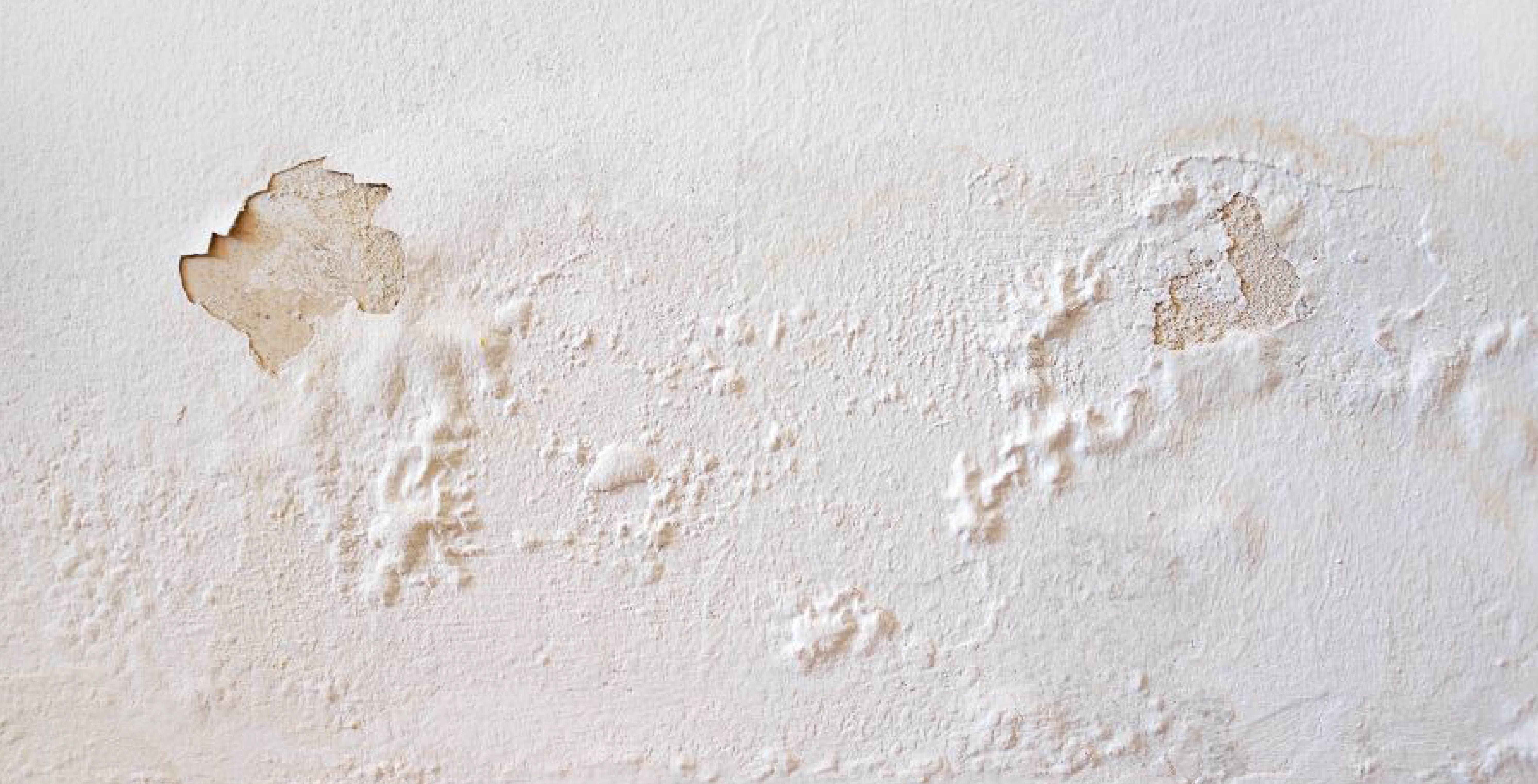 There are several signs of water intrusion that can be observed on both the interior and exterior of your building. The most common sign of water intrusion is leaking, as you can usually hear or see the leak. Unfortunately, by the time the leak becomes apparent to you, it could have already caused a lot of damage, which is why keeping your eyes open for other evidence of water intrusion, such as paint discoloration, cracking, swelling, a musty damp smell, or mold growth, can help determine intruding water that is not immediately noticeable. This can allow you to correct an issue before it has a chance to spread or worsen and could potentially save you a significant amount of time and money on the needed repairs. While water intrusion effect on structural components to your building is important we want to focus on the damage it can do to your paint and how you can identify them.

Paint damage can vary significantly, as there are many potential causes. When looking for damage caused by water intrusion, the most common symptoms are blistering, efflorescence, or mold and mildew. Blistering paint looks similar to skin blisters and would seem like bubbles forming underneath the paint. This is often caused from a water leak beneath the building’s walls. Efflorescence is another problem that can occur from water intrusion. Efflorescence often makes its presence known with a white, crusty, or fuzzy residue on a wall’s surface. It is caused by water passing through a concrete wall and evaporating. As the water evaporates, it leaves behind salt deposits, ruining a once beautifully painted wall surface. You’ll likely be able to spot the next common paint damage problem easily. Mold and mildew are most likely to show up in bathrooms and kitchens. These living organisms are fungi that love damp environments. They appear as fuzzy or slimy dark spots on your wall and give the room a musty odor.

As all these items can affect your paint investment, it is important to get to the root of the problem causing these damages to ensure the appearance of your commercial building creates an atmosphere your patrons desire to revisit time and time again.

Need help creating a custom painting program for your national chain?
Let us create it for you!

Existing or potential new customer?
We would love to hear from you! 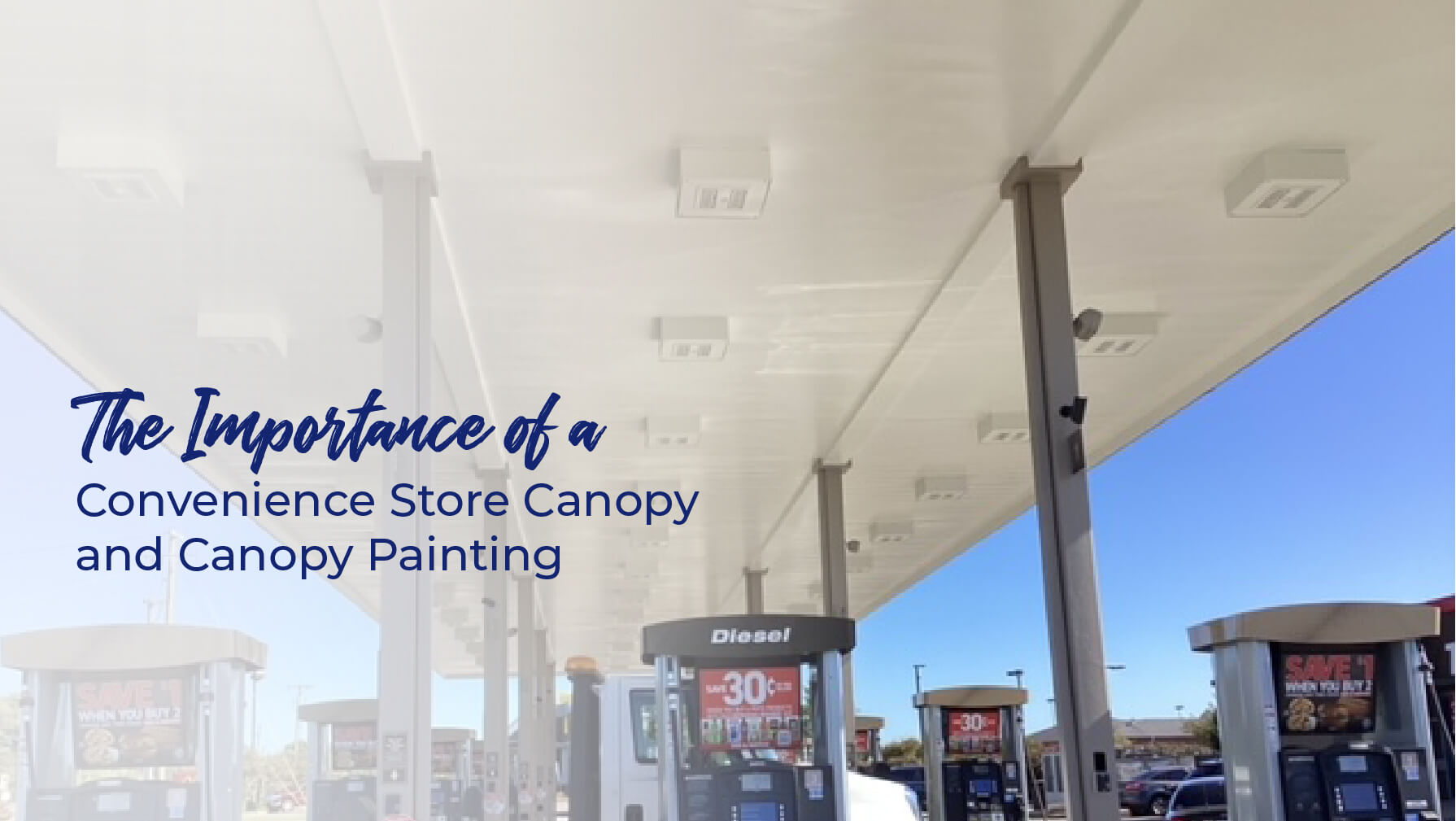 The Importance of a Convenience Store Canopy and Canopy Painting

If you’ve ever had to pump gas in the rain, you have surely appreciated the benefits of a gas station canopy. 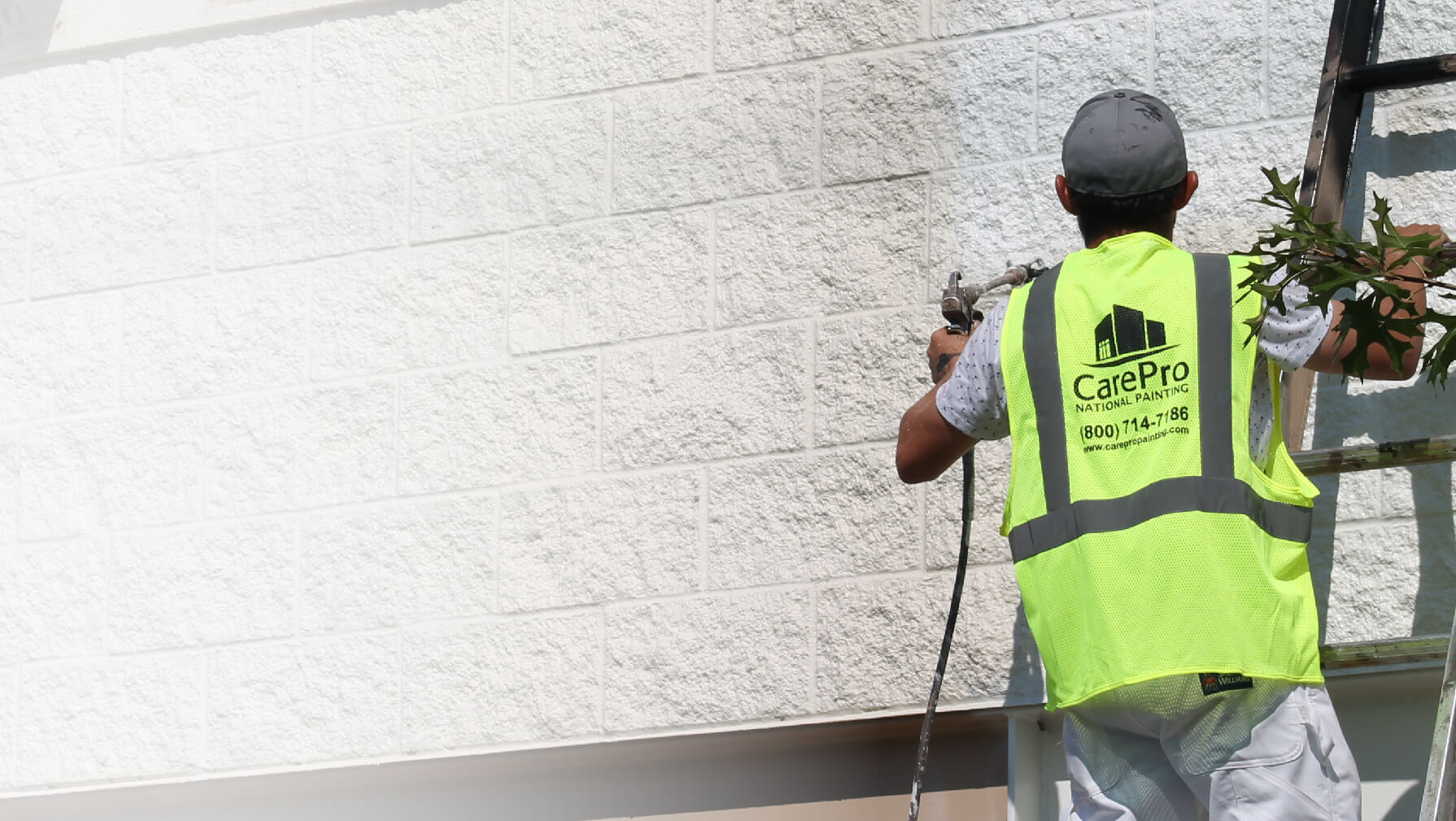 If you have a commercial building, chances are you will find yourself needing the services of a commercial painter. When that time comes, it is important to ensure you are hiring an experienced and reputable contractor.

We know that choosing the right commercial painting contractor can be a difficult decision, and one you want to get right, especially considering the direct impact your facilities have on your company’s image. So, what should you be looking for? What questions should you ask? Let's explore this topic in detail.